You are here: Business in London > Set up in London > Insights > Invest in the boroughs
Each of London's boroughs has its own personality to suit every type of business from commercial to creative.

London's 32 boroughs, plus the City of London, are all a little bit different from each other. From the booming tech hubs of Croydon and Hackney to the great regeneration projects in Brent and Newham, there is always something happening in every borough. Take a look at a few of the characteristics that make each borough a great place to do business.

Barking & Dagenham is at the heart of the Thames Gateway, lying mid-way between central London and the M25. It describes itself as “London’s growth opportunity.”

Home to one of the world’s most iconic sporting venues, Brent is the fifth largest of London’s boroughs, with a notably young and culturally diverse population. It is also home to some of the UK’s largest regeneration projects.

The number of businesses located in the borough has been growing steadily, contributing to the health of the local economy. Continuing investment in its town centres and engagement with the private sector underpin Bromley’s growth strategy.

The capital’s historic – and contemporary – commercial centre is well known as "The Square Mile". But it offers more than just finance and big business. Indeed, 99 percent of businesses here are SMEs and 80 percent micro businesses. Better still, two-thirds of City SMEs trade with other City firms. This diversity is one of its most compelling characteristics, and a draw for established and emerging firms: every year, around 375 businesses move into the City, bringing 7,000 new jobs.

With 14,000 businesses and a fast-growing tech cluster, Croydon is the growth borough of the capital. It is also overseeing more than £5.25bn of regeneration projects, notably the Westfield retail centre.

Nestled amongst over 2,000 hectares of parks and countryside, Enfield is 10.5km from the City of London and is the capital’s second largest industrial location and manufacturing employment corridor. A key link in the London-Stansted-Cambridge-Peterborough growth corridor, it’s home to 12,320 businesses.

The home of time, Greenwich is where Eastern and Western hemispheres meet. Discover breathtaking views, royal heritage and amazing attractions, all in a beautiful riverside setting.

Harrow council has a record of championing micro, small and SME businesses, giving them a platform for growth and connections with the local talent pool. This approach has previously seen it crowned Best All Round Small Business Friendly Borough in London.

One of London’s largest boroughs with Heathrow Airport on its doorstep, Hounslow is a gateway to the UK. The success and mix of its 12,500 businesses have made it one of the capital’s strongest performing economies.

Growth and development are the hallmarks of Kingston. The vibrancy of the local economy can be seen in the growth of new businesses, the international flow of investment and a strong retail sector.

One of 35 major centres in Greater London, Lewisham continues to be an important transport hub for South East London.

Richmond upon Thames is a jewel in London’s crown. Probably London's most attractive borough, it has long been a favourite retreat for royalty and the rich and famous.

Waltham Forest is home to open spaces such as Epping Forest neatly contrasted with many examples of arts, culture and leisure.

Westminster is the only borough that also holds city status. With a number of large parks and open spaces, many sites commonly associated with London are in this borough. 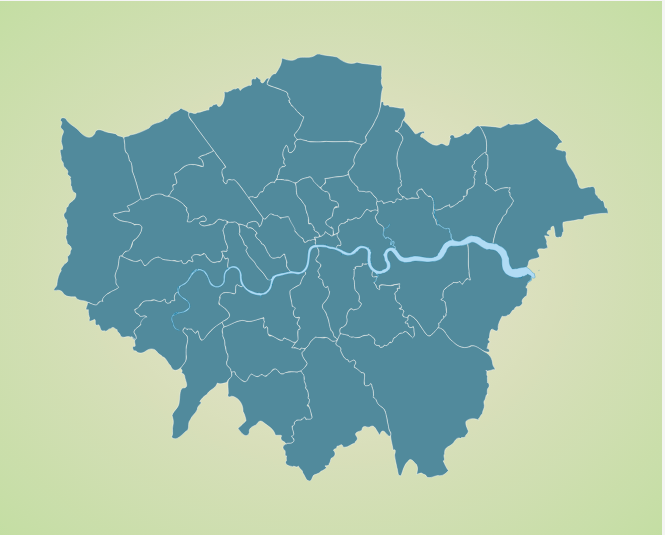 To find out more about any of London's boroughs, including current projects and plans happening in each neighbourhood, plus information on borough statistics including living costs, head to the Mayor of London's in my area map and explore. You will also find each London Assembly member's contact details and information on how they can help your business.